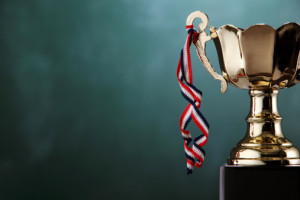 The Upstate — long known as a hotbed for the automotive and engineering industries — also has a bustling ad scene.

In fact, the American Advertising Federation of Greenville has been lauded on the national and regional level in recent weeks for club excellence.

AAF is a nationwide trade association and is recognized as the nation’s oldest for advertising. The national group is divided into districts by region; AAF Greenville falls into District 3, which includes nine clubs throughout Virginia and the Carolinas. AAF Greenville was named Quality Club of the Year for its district.

AAF Greenville was also honored at the national level for top government relations and diversity programs. In addition to regional districts, the national group is also organized based on local club size, and AAF Greenville falls into the most populated category: clubs with less than 100 people (Division IV).

At the national conference earlier this year in Las Vegas, AAF Greenville ranked second in government relations and third in diversity for Division IV clubs.